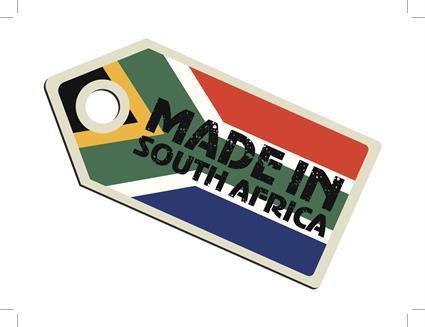 South Africans love an entrepreneur. According to a recent report by Global Entrepreneurship Monitor (GEM) 69.6% of the population considered business enterprise to be a good career choice.

While the perception of entrepreneurship is favourable, the 2014 report also revealed that the number of South Africans involved in the starting of a business decreased last year by 34%. Furthermore, there was a decrease in the percentage of South Africans running established businesses from 2.9% to 2.68%.

These statistics show that even though entrepreneurship is aspired to, potential and current business innovators are not gaining access to or making the most of the market. It begs the question of whether they are fully aware of the numerous funding and guidance options available to them.

Here, we look at some of South Africa's most inspiring entrepreneurs and how others might follow in their footsteps...

Water is a scarce resource in South Africa, and Dr Jackson’s toilet is engineered with that in mind. This 'waterless' latrine is aimed at rural areas and temporary settlements, providing a safe and sanitary solution to drought sticken areas.

Elon Musk is perhaps the most prolific South African-born inventor and entrepreneur of the digital age. After graduating from the University of Pennsylvania and having successfully completed two Bachelor of Science degrees – one in Physics and another in Economics – he started web software company Zip2 in 1995.

During the same year, he co-founded X.com which merged with Confinity a year later. The latter business had a money transfer service named PayPal, which became the main focus of the merged company and it subsequently took on that now ubiquious name in 2001. In 2002, the company was bought by eBay for US$1.5 billion (R17.42 billion).

Since the eBay deal, Musk has founded SpaceX (business developing and manufacturing space launch vehicles) and invested in a number of ventures including Tesla Motors and SolarCity (having provided the initial concept, it was co-founded by cousins Lyndon and Peter Rive).

Herman Mashaba is a true ambassador for entrepreneurial spirit. After creating hair care brand Black Like Me and selling the product from the boot of his car, he was able to develop the business into a multimillion Rand enterprise.

He has often spoken out about there being a need for a greater platform for African entrepreneurs in retail. At the World Retail Congress Africa 2013, he said:

‘Mainly we see big retailers and South African retailers going into Africa and we don’t want to end up with the retail space being dominated by only multinational companies.’

He is also derisive over what he terms ‘crony capitalism,’ and how it is an unsustainable business model for South Africa.

‘We just cannot operate in an environment where people do business because of their political connections. That’s really one sure-fire way of destroying an economy, because crony capitalism actually leads to corruption.

‘What it says to people is that you can only do business if you have political connections and we’re already seeing the trend in our own country with tenderpreneurs.

‘Is this a sustainable economic system? We’re fooling ourselves.’

South Africa’s first black billionaire, Patrice Motsepe made his wealth in the mining trade. He initially specialised in mining and business law when earning a law degree from the University of the Witwatersrand and a bachelor of arts at the University of Swaziland.

After graduation, Motsepe founded a mining services venture which cleaned gold dust from the inside of mine shafts. Later, he purchased gold mines from AngloGold in 1997 when prices for the mineral were substantially low.

The business was named African Rainbow Minerals, of which he is the executive chairman, and procures platinum, ferrous metals, base metals and gold. Motsepe sits on a number of company boards, including Harmony Gold, the 12th biggest gold mining company in the world.

Motsepe also owns and is the president of the Mamelodi Sundowns Football Club and has a stake in Sanlam.

Kerzner’s wealth initially came from the family business. His parents were Jewish Russian immigrants who moved to Johannesburg, where he was born, and started a hotel chain. After he graduated from the University of Witwatersrand as a chartered accountant, he took over the running of the business.

By 1983, he established a chain of Southern Sun Hotels in partnership with South African Breweries and operated 30 luxury hotels. Over the years, Kerzner developed the hotel group into the most successful chain in South Africa: Sun International.

Currently he is the Chairman, CEO and Founder of Kerzner International.

So what help is out there for upcoming South African entrepreneurs?

There are plenty of funding options available to potential South African entrepreneurs which many may be unaware of.

The Tony Elumelu Foundation Entrepreneurship Programme (TEEP), set up by the philanthropist billionaire has recently been considered the golden ticket for keen entrepreneurs with a great idea.

Having contributed $100 million to the programme and pledging to create 10,000 entrepreneurs across South Africa during the next 10 years, this is a huge opportunity for African enterprise. The programme will continue over several years and provides mentoring, training and seed capital.

There are a variety of different types of loan that the government can offer a business. And while they are often more cost-effective due to lower interest rates and more flexible repayment terms, they are hard to come by. Not only are there strict selection criteria and a large quantity of paperwork, but the wait for a loan can be very long.

Government loans for business are usually obtained through the Department for Trade and Industry (DTI) and include: Khula, a provider of funding for small business; Isivande Women’s Fund, dedicated to financing women’s businesses; and the National Youth Development Agency (NYDA), which provides funding for youth businesses.

For obvious reasons, procuring a government grant would be ideal, but, again, there are incredibly strict application guidelines. The requirements will be dependent upon the grant, so it's necessary to complete research on each and make sure you assess your business’ chance of success before applying.

Visit the DTI website for more information on the government and associated grants available in each of the small business fields.

Over the next five years, SEFA aims to provide R1.6 billion and more than double the amount of businesses it gives funding to – from 15,000 to 34,000 in order to stimulate SME growth.

SEFA provides funding in the form of direct loans, not as an intermediary, including: structure finance, which can be paid off over five years; bridging loans, short term to finance working capital; and term loans, which are contain a very specific amount and come with a repayment schedule and interest rate.

Also known as the National Empowerment Fund, the NEF was initially created in 1998 and aims to help empower black communities, businesses, men and women.

Established in 1940, the Industrial Development Corporation (IDC) is a governmental developmental financial institution which aims to promote partnerships across the South African industries and provide finance for industrial projects.

In order to apply for NYDA funding visit the website here.

With so many opportunities and inspiration to buy your own business, why not become your own entrepreneur? choose which industry you’d like to be part of and you could be the next Elon Musk!


If you enjoyed this article, sign up for a *free* BusinessesForSale.com account to receive the latest business advice, features, videos and listings directly to your inbox!