The new B-BBEE codes: what your small business (QSE) needs to know 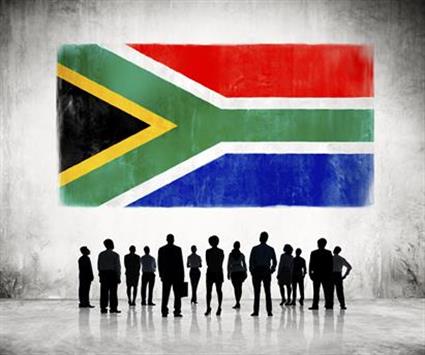 Some businesses have found the changes rather overwhelming and many have ignored them until recently. However, as the new codes have now been implemented it’s vital to get to grips with how they could affect your business.

The fundamental objective of the B-BBEE Act (originally introduced in 2003) is ‘to advance economic transformation and enhance the economic participation of black people in the South African economy’.

The Department of Trade and Industry DTI state in their official strategy document that ‘no economy can grow by excluding any part of its people, and an economy that is not growing cannot integrate all of its citizens in a meaningful way’.

Further stating ‘this will only be possible if our economy builds on the full potential of all persons and communities across the length and breadth' of the country.

Black economic empowerment is a morally and politically important policy that aims to broaden South Africa’s economic base, stimulate further economic growth and create employment - all the while ensuring that all people in South Africa can enjoy the same opportunities and the same right to equality.

The new framework of  B-BBEE aims to futher these aims and fully entrench them in South Africa's business interactions and psyche.

• The new codes have stricter scoring and implications than the previous codes, and the categories have been condensed from 7 down to 5, 3 of which are now regarded as compulsory

• The old codes focused solely on job creation; now a greater emphasis has been placed on encouraging learning and skills development. Previously only 3% of the payroll was spent on this, however it has now doubled

• Businesses can also gain more points through interaction with other compliant businesses, with incentives for those who do

• Fronting is now recognised as a criminal offence – if found guilty, businesses could face a fine up to 10% of the company’s annual turnover or up to 10 years in prison

The same scorecard is used to measure a business’s compliance with the codes in the 3 areas of:

This is then broken down into sub-categories encouraging change in the 5 key areas of business. The top 3 are the priority areas that all businesses must comply with:

Each section now has its own sub element and the business receives a score for each part. The overall score then determines its B-BBEE Status, recognition Level 1 being the highest and 8 the lowest (non-compliant).

Businesses are expected to comply with certain minimum requirements in the prioritised categories of ownership, skills development and enterprise and supplier development:

• 40% of the total weighting points for skills development

They will also be subject to an automatic downgrade in their status if the minimum requirements are not met.

The generic scorecard can sometimes make it difficult for small businesses to compete with larger businesses. However, the codes make provisions for this by creating two categories, giving them consideration based upon their size.

The classifications for small businesses have also changed.  Previously their annual revenue limit was set between R5 million to R35 million; under the new amendments any business with earnings between R10 million and R50 million is now classified  as a Qualifying Small Enterprise (QSE).

Any business with a total revenue under R10 million is exempt from the scorecard now qualifying as an Exempted Micro-Enterprise (EME) and given an automatic level 4 rating.

Why is it important?

Although compliance remains voluntary, it is still extremely beneficial to comply with the new codes. Here are just some of the advantages:

•​  The private sector is now incentivised to buy from you, so compliance creates a new level of access to the corporate markets

• If you want to do business with any government body or part of the public sector you will have to be 100% B-BBEE compliant (this includes applying for a tender, buying a state-owned asset or building a public-private partnership)

• Compliance is also beneficial to private companies that engage in business with one another. Holding a B-BBEE certificate creates a network of businesses and larger businesses are incentivised to do business with you as it will benefit their own B-BBEE score

It will also open your business up to more opportunities with the added benefit of gaining business over your non-compliant competitors.

Standard Bank describe the B-BBEE codes in their guide as ‘the cornerstone of the South African Government’s efforts to educate and train the large sector of the population that was disadvantaged under apartheid rule’.

They believe that when the codes are implemented correctly they ‘support job creation, global competitiveness and economic growth’. Believing that ‘It also has the potential to reduce the burden on entrepreneurs and help to create a more skilled workforce’.

SME South Africa state that the views of small business owners across the continent are mixed. After studying recent research by the South African Institute of Chartered Accountants (SAICA),  some key issues affecting SME’s were highlighted.

In total, 37% of the respondents saw the new codes as ‘a major obstacle to the growth of their businesses’, whereas 34.6% said ‘that a focus in the B-BBEE codes on SME procurement would provide motivation to actively grow their businesses’.

Daniel Hatfield, MD of Edge Growth gives his advice in the same article for SME South Africa. Stating that ‘the cost of transformation may very well impact immediate cash flow’. However he also stresses that ‘non-compliance will have a long-term, negative effect on potential revenue growth’.

In order to overcome the challenges you might face as a small business owner in the wake of the new changes:

• Make sure that you analyse the codes, looking at what they mean to you and your business

• Develop either a long-term or short-term plan, depending on the pillar in question (making sure that you evaluate the trade-off implications)

If you enjoyed this article, sign up for a  *free* BusinessesForSale.com account to receive the latest small business advice, features, videos and listings directly to your inbox!