Word crimes in the business email 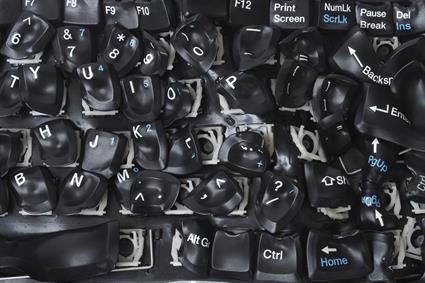 When copying the whole office into an email, do you ever stop and think about its grammatical correctness?

In the fast-paced, caffiene-fuelled business environment of today, grammar mistakes can be forgiven. But, too many can irritate and leave a bad impression.

Here are some mistakes that you may (or may not) have noticed in your inbox, be they sent or received…

Me, myself and I

All too frequently, me and I are used incorrectly. The confusion mostly stems from the use of the preposition ‘with,’ for example, ‘Steve shall be in a meeting with Charlie and me.’ Due to the fact that Steve is the subject combined with the preposition, ‘Charlie and me’ becomes an object. This means that the object first person pronoun me should be used, rather than the subject pronoun I.

Knowing when to use which or that in a sentence can be confusing, particularly when both seem equally correct. However, there is a general rule – and this is to do with restrictive and non-restrictive clauses.

Restrictive clauses are those that contain essential information about the noun which have to be included or else the sentence as a whole would not make sense. For example, ‘The aspect of his speech that impressed me the most was his in-depth analysis of the market.’ Such clauses can be introduced by that, which, who, whose and whom.

Non-restrictive clauses, however, are more (ironically) restrictive in potential conjunctions. These don’t contain essential information and so could be taken out of the sentence, with the rest of the sentence making sense by itself.

For example, ‘He provided an in-depth market analysis in his speech, which impressed me a lot.’ Such clauses can be introduced by who, whom, whose or which but not that.

Why you shouldn’t anticipate an increase in profits of £5m

Why? Because you can’t.

Not only because you’re not really that fortunate, but because it’s not something that you can prepare for. ‘To anticipate’ does not only mean to look ahead and into the future – it means to prepare for it too.

Therefore, as you can’t make preparations for an increase in profits of £5m, you can’t anticipate it.

Criteria for a criterion

Criteria is the pluralised version of criterion, meaning that you say ‘one criterion’ but ‘various criteria.’

You shouldn’t say: ‘We decided upon which technology brand to go with through one essential criteria.’

Number of the amount

To say ‘the number of’ or ‘the amount of,’ that is the question…

Essentially, number refers to something finite and countable, i.e. ‘the number of unique views from the website.’ Amount, on the other hand, refers to something you are unable to count; ‘no amount of coffee could get me through the accounts’ or ‘the amount of work I was given was ridiculous.’

Principally more than a principle

While principle is a fundamental, principal is regarded as something of primary importance or as the most important item in a set. For example, ‘We may share certain principles, but the principal issue of the marketing department is…’

Principal can also be referred to in terms of money, often relating to an amount owed.

To imply or infer?

Often incorrectly used as synonyms for one another, they have different meanings.

While imply means to indicate the truth by way of suggestion rather than outwardly stating it, infer does not. In contrast, infer refers to deducing something through data or evidence and by way of reasoning.

So, ‘the sales department use jargon to imply superior knowledge’ while ‘data from the website infers that unique views have decreased in the last month.’

Wavering in signing a waiver

Waiver is a noun and is something you sign, whereby you give up the right to make a claim. Waver is used as a verb; i.e. when you’re hesitant to sign something.

While it has been in use since the late 18th century, irregardless - a mash-up of 'irrespective' and 'regardless' - is seen as the informal version of 'regardless', and is often frowned upon when used.

Allot a lot of alots

Simply, a lot should be comprised of two words. Alot doesn’t exist alone and is a misspelling – however its homophone allot does, and is defined by Oxford Dictionaries as a verb that means to ‘give or apportion (something) to someone.’

Probably the most frequently confused terms in the dictionary, there are a few simple things to remember when to use each effectively (not affectively).

Affect is a verb causing change: ‘The change in management will affect profits for the next year.’

Effect is generally (but not always) a noun, and is something that has been brought about by something else, or is the power to achieve a result - i.e. ‘The change in surroundings had an immediate effect on staff morale.’

It can also be used as an idiom, ‘in effect,’ meaning ‘to all purposes.’ Less frequently, it can be used as a verb and generally means to produce a result or bring about something; ‘The director effected many policy changes.’

If you enjoyed this article, sign up for a *free* BusinessesForSale.com account to receive the latest business advice, features, videos and listings directly to your inbox!